Field work and research carried out by Sea Shepherd New Zealand as part of Operation Pahu has found some Hector’s (Pahu) populations are disappearing or gone forever from the South East coast of Te Wai Pounamu (South Island of New Zealand). 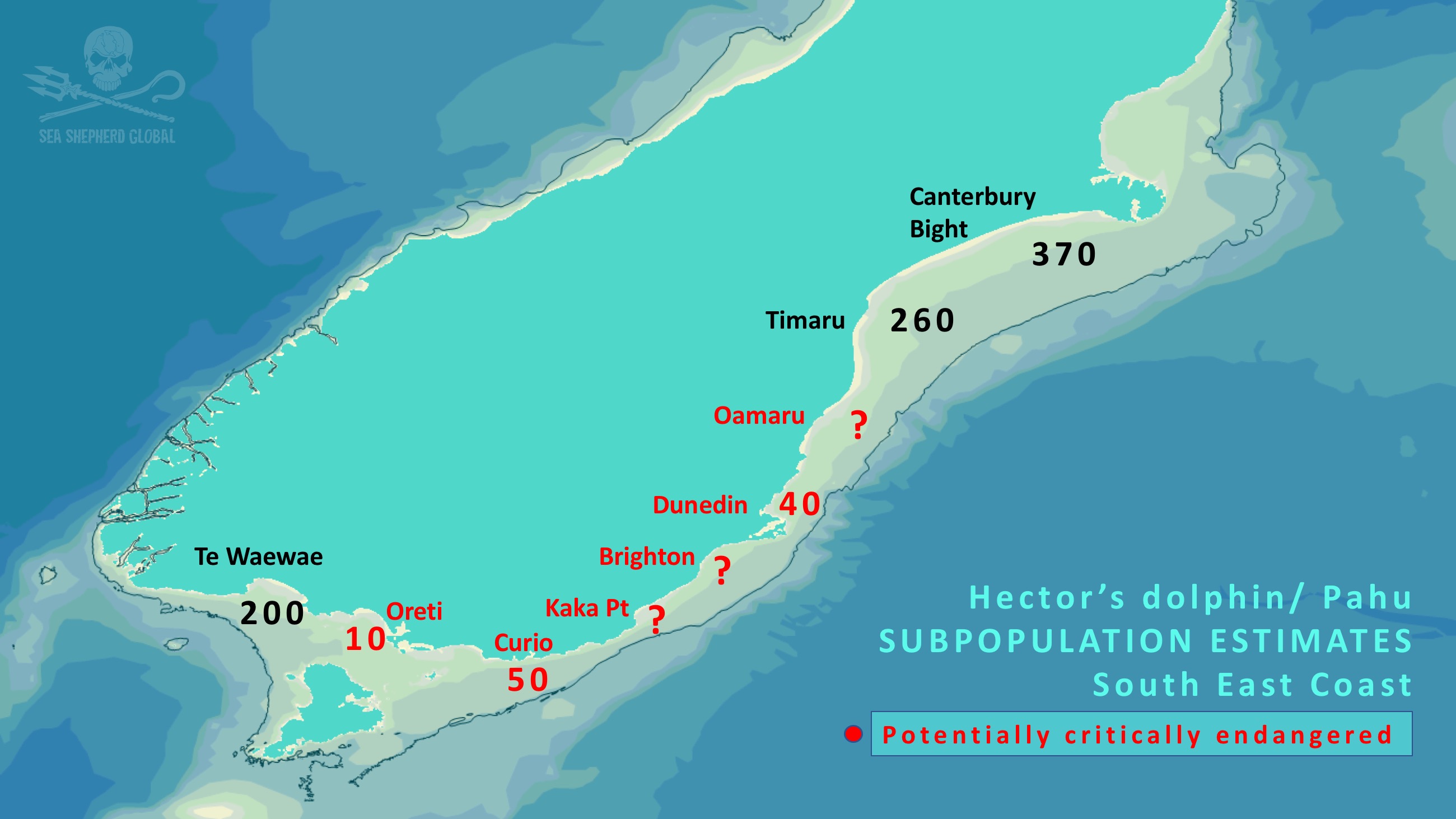 Hector’s dolphins don’t stray far from home, with movements over 100km very rare. Their alongshore range is around just 50km. Only some individuals are adventurous, traveling to visit other pods.

The species is made up of a series of distinct subpopulations like a necklace around the South Island. Genetic studies and lack of Photo-ID matches all support this. Each subpopulation is important, for adjacent genetic exchange, of which there is a stepping-stone pattern along coasts, and each is a critical link for the species as a whole.

There used to be more than 50,000 Hector’s dolphins around Aotearoa (New Zealand). Now they are only abundant off the middle coastal parts of the South Island. In other areas, most subpopulations are becoming increasingly fragmented. The exception is Banks Peninsula, this subpopulation is slowly increasing. Many are just as critically endangered as Māui dolphins.

Subpopulations like Kaka Point (Northern Catlins) and Brighton (South Dunedin) where Pahu were historically abundant are now possibly gone forever or seldom seen. The Dunedin Taiaroa Head population is critically endangered with only 40 remaining and so too Oamaru which may have as few as 20 left.

Grant Meikle, Operation Pahu Campaign Leader says: “Since we launched Operation Pahu it’s been great getting out and checking on the various regional populations but also very sad to see that some of them now have such low numbers. Commercial trawling is still having an impact and if we are serious about saving some of the critical populations we need to remove this threat completely. We don’t believe many of the deaths are being reported."